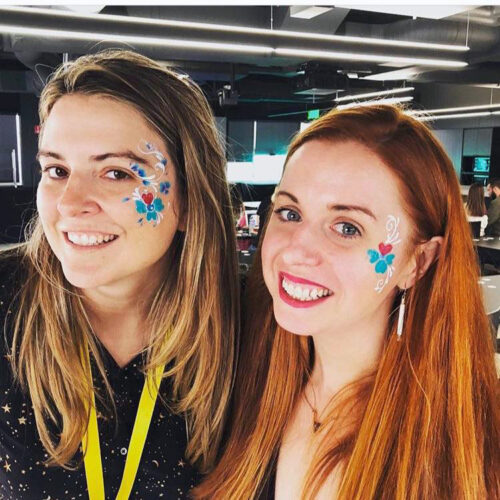 Jewelbots is changing the world by getting women into STEM. 12,000 girls age 5-16 have learned about coding and electronics with the Jewelbots Friendship Bracelet, a patent-pending bluetooth device which allows kids to communicate via secret messages and customize features through programming.

Unlike other gender-neutral coding platforms, the social and fashionable nature of Jewelbots truly engages girls with tech because they feel like it’s a device that was made for them. Reaching kids in this particular age group is important because it’s the first of a few moments in women’s lives where they typically lose interest in, and often drop out of, computer science. The thrilling products and mission of Jewelbots have been featured by Good Morning America, Wired, and CNBC.

In 2014, developer Sara Chipps launched Jewelbots with Co-founder Brooke Moreland to expose the next generation of women to the wonderful possibilities of technology. Sara was formerly the CTO of Flatiron School and co-founded Girl Develop It!, a national non-profit that has taught over 17,000 women how to build software. Brooke founded a style-focused, photo-sharing app, Fashism, which was backed by Ashton Kutcher and Project Runway’s Nina Garcia, and also served as the General Manager of Fashion GPS, the software platform that powers New York Fashion Week and events for the world’s top luxury brands including Chanel, Gucci, and Dior.